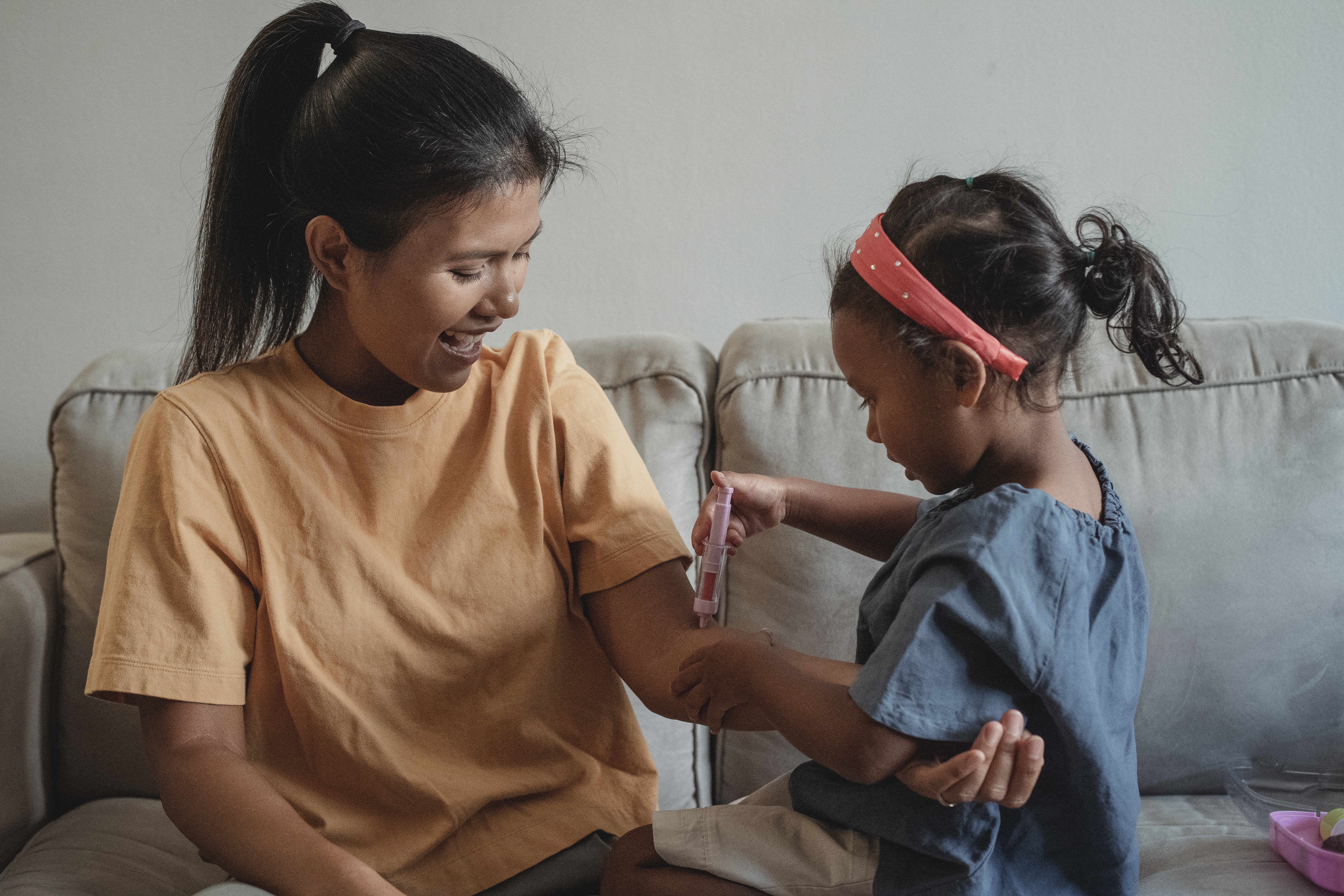 You follow one of six unique Vault Hunters, each with different abilities: Axton the Commando, Salvador the Gunzerker, Maya our resident Siren, Zero the assassin, the two DLC characters, Gaige the Mecromancer, and Krieg the Psycho on their quest to stop Handsome Jack and Hyperion, find adventure and the best team on Pandora.

Before we get into the story, I want to spend a little time with our playable characters, their different abilities, and backstories:

First is Axton, our command, who like Roland uses turrets. A former Dahl sergeant, dishonorably discharged for his personal glory in search of roads and sentenced to death by firing squad. His ex-wife / commander recommends that he not attempt to escape to one of the many locations beyond Dahl’s reach, which he does, then heads to Pandora after hearing one of Handsome Jack’s commercials. Depending on the tree you use, your turret can heal you, set off nuclear blasts, or even spawn a second turret.

Salvador, the Gunzerker, in my opinion, is the Brick of this game, using two pistols instead of his fists. Born and raised in Pandora, he loves violence (and steroids, which causes his 5’4 ″ height), but he aimed it at bandits and other outlaws. However, prior to the events of Borderlands, he too is willing to die for his actions, but before doing so, Hyperion attempts to take over his city. After defeating the invaders, Salvador becomes interested in the vault, after interrogating (torturing) the last survivor.

As I said earlier, Salvador’s skill is to shoot, which means firing two weapons at once, so the location of the weapon for him is key. A good method is to keep a Slag Gun on each rotation. Their skill trees range from weapon and damage increase, fire time extension, ammo regeneration, and healing.

Zer0 is the Assassin of the game, sort of like Mordecai’s hunter with his sniper rifle skill, but without Bloodwing. A hit man, dealing with common and political coups, is disillusioned when his victim fails to defend himself, even after Zer0 demands it. A waiter tells Zer0 about Pandora after he bemoans her lack of interest lately.

Not much is known about Zer0, even its gender may be a lie. It gets its name from the scratch displayed on its faceplate. There is also much debate as to whether or not Zer0 is human, given his body type and lack of fingers. I’d like to think it was possibly a RAT, or genetically modified in some way, although it is speculated that Tanis knows its origins.

Maya is one of the 6 mermaids, like Lilith, although her ability is to phase lock, lock an enemy in a bubble and damage it. She was given to The Order of the Impending Storm when she was identified as a Mermaid when she was still a baby. She was secretly trained until she was revealed as a goddess to the followers of the orders. She later found out that they were actually using her to extort money from followers. Maya kills the monks who raised her and decides to go to Pandora to learn more about Sirens and finally explore.

Maya’s ability can be excellent at cooperating, playing the role of a healer. With his ability to block a teammate from the fight for your life, heal them by shooting and heal everyone by phase-eliminating an enemy. Like the other mermaids, she can also deal elemental damage, even creating some out of thin air.

After the game’s release, we were given two DLC characters, Gaige and Krieg. Both completely new and unique to the game. Here is his summary.

Gaige is a high school student who made an anti-bullying robot for her science fair. While making the robot, he cut his arm quite deeply, so instead of healing it, he cut it off and made a cybernetic one to digitize his robot, at that point called DT. He later discovers that the school bully found his blueprints for DT and sold them to the local police. Enraged, she finishes DT, with claws and digitized lasers, and renames him Deathtrap.

At the science fair, her bully’s father has bribed the judges, giving Gaige third place. His thug begins to gloat and push Gaige, prompting Deathtrap to protect Gaige with his digital claws. When the claws hit him, the bully, for lack of a better word, exploded. Gaige was sent to the principal’s office, where her worst fears are confirmed, she will be expelled and arrested. His father creates a distraction, with a golf cart and lots of gas, and Gaige escapes to a ship heading to Pandora. There he hopes his intelligence can be appreciated.

Gaige uses Death Trap, his robot companion that can attack with claws, lasers and explosions, it can also regenerate your shields and those of your teammates. That doesn’t mean that Gaige herself can shoot, she has a lot of fun and unique abilities. Depending on the tree you use, you can trade precision for damage, have bouncing bullets, and cause electrical and burn damage.

Our final character is Krieg the Psycho, basically one of the bad guys turned vault hunter. Not much is known about Krieg’s past, other than that he is considered the property of Hyperion, although small glimpses of the man he was before can be seen with his inner voice. Before the events of Borderlands 2, he roamed the badlands looking for bandits and other fighters to come out with his bloodlust. He tries to avoid non-combatants / innocents as his inner voice threatens to kill him if he does.

He meets Maya, his inner voice thinks she can help him, so he tries to call her out, but screams about poop trains instead. Maya, thinking that he is a normal psychopath, engages him in combat and does not see the RATS approaching behind her. Krieg’s inner voice can finally shout a warning to Maya, before decimating her attackers. At the end of his intro video, you can see him on the side of the train heading to the Windshear Waste, explaining how he got there.

His ability is The Buzz Ax Rampage, your melee damage increases by 500%, you recover completely with each kill, the speed increases by 33% and you get the ability to throw your buzz ax. Depending on the tree you choose, you can upgrade your melee abilities even when you’re not rampaging, add explosive damage, and deal elemental damage. Krieg’s abilities also alter the fight for your life, where he can drop a grenade and gain double experience from kills, or throw dynamite at enemies to try and regain health.

Our game begins when our game’s main villain, Handsome Jack, discovers that the train that takes you and your fellow Vault Hunters is a trap. They find you out of nonsense, from Borderlands one, who decides that you will be his ticket out of his frozen wasteland prison. You travel through the Windshear Waste, where you encounter some new additions to the Borderlands baddie team, Bullymongs, and your first boss fight Knuckledragger.

Claptrap later takes you to Liar’s Berg, where you meet one of the new characters, Sir Hammerlock, where, after doing a few more missions, you finally make it to the sanctuary, where you can meet various Borderlands characters. The old Vault Hunters are back, and more developed with great personalities.

Compared to its predecessor, Borderlands 2 has definitely gotten better. From character customization, Borderlands you have to choose hair, shirt, and pants color, while in 2 you get tons of color schemes to play with and head customizations. You can get these customizations by shopping by doing certain missions, enemy drops, and ammo machines.

The weapons have also improved a lot, they are more accurate, brightly colored and stronger. The launchers in one were weak and did more damage to you than you, here … well, if you shoot yourself, it will still take a large chunk of your health, but it could be a one-hit kill in your favor too . Sadly, the Atlas weapons company is gone, but we get the elemental Maliwan instead (perfect for Maya). The rarity levels remain the same (white (most common), green, blue, (rare) purple (rare), orange (legendary), and light blue (pearl / mega legendary).

The main story is so immersive and you really get attached to these characters. There were several parts that made me cry. There are so many twists, turns, and surprises that it always makes you guess, even if it’s the first, the second (True Vault Hunter mode), or the third (Ultimate Vault Hunter mode). Another fun bonus is that they brought back the Catch-A-Rides and, of course, Scooter. You get your basic two-seater racer, with many more color options, and a new edition, the Bandit Technical, which could even carry for gamers, has a turret and you can also use your normal weapons on it, this also has many customizable colors.

The co-op mode is great, there is no tether (unless your teammate has the menu open), you can complete separate missions and you both get the rewards. The advantage (or disadvantage if you don’t like a lot of difficulty) is that the more teammates (only two per system, four in your party total), the stronger the enemies and the rarer the loot. A personal recommendation for us if you are cooperating, have a Siren on your team, especially if you are doing a Carnage Dome Challenge, even if they take her out, you can still shoot her back to health from the sidelines.

Something you might want to invest in is the Game of the Year edition, or all the downloadable content, not just Gaige and Krieg. In the GOTY set you get both characters and four expansion games, they all take place after the main story, so if it’s your first game, save them for last. The GOTY expansions are: Captain Scarlett and Her Pirate’s Booty, Mr. Torgue’s Campaign of Carnage, Sir Hammerlock’s Big Game Hunt, and Tiny Tina’s Assault on Dragon Keep. I know there is more DLC, but I only have experience with these four. After completing each DLC, you will get an exclusive head and skin.

The second DLC, Mr. Torgue’s Carnage Campaign, features Mr. Torgue, of Torgue’s weapons. He has found the next vault, so to decide who can open it, he organizes a brutal fight until the tournament of death. In this DLC you get a ton of Torgue gear, along with certain heads and skins.

The third campaign is Sir Hammerlock’s Big Game. It wasn’t as well received as the other DLC, and I can see why. It begins as a hunting trip with Hammerlock, which turns into dealing with a cult of Handsome Jack. Sadly, the story seems a bit thin, with some parts unnecessarily difficult and some ridiculously easy. Honestly, I played it to complete it.

The fourth was Tiny Tina’s Assault on the Dragon Fortress, my personal favorite. While our current Vault Hunters interrogate a Hyperion spy, the Originals play a game of Bunkers and Badasses to pass the time. The story is such a wild fantasy, and I never felt it dragged on, it manages to include most of the characters. Since it’s from Tiny Tina’s mind, you know it’s wild, entertaining, and you never know what anyone will say.

For whatever reason, many people have a hard time finding the right lighting solution for a deck or patio. The standard light designed with the house is too bright, although

Play Online Jokers Bet The Jokers Bet slot machine is a popular casino game in Florida and the rest of the world. It has become so popular that there are